Beehive Science and Technology Academy is strongly positioned as one of the area’s premier STEM schools. Over the years, Beehive has got many recognitions and awards of distinctions.
Some notable achievements and recognitions are below.

Beehive has been recognized by USNEWS Report as the best High School and as the best Middle School by Niche,  in the state of Utah. 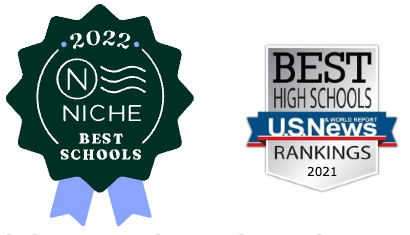 Beehive was given Platinum STEM School Designation by the Utah State Board of Education and the STEM Action Center for the 2015/2016 school year (Beehive was one of only two schools to receive this designation). 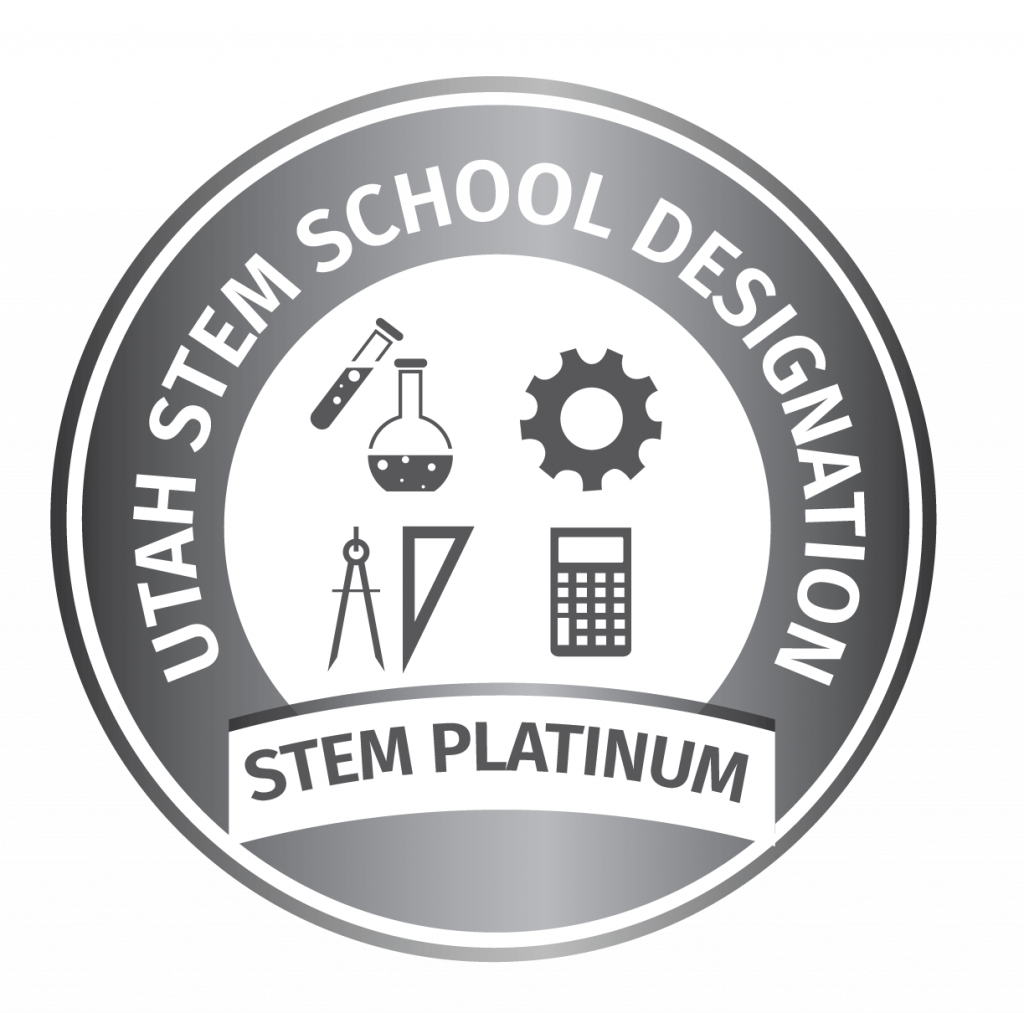 Among the most recent (and possibly the most prestigious) awards given to our school was in the form of recognition as an Apple Distinguished School for 2017–2019. Recently, Apple renewed Beehive’s Apple Distinguished School status for 2019-2022. Beehive is the first and only Utah school to receive this national recognition (as of March 2020). In order to receive this honor, we had to be invited by Apple to apply for the designation. According to Apple, Apple Distinguished Schools are centers of innovation, leadership and educational excellence that use Apple products to inspire creativity, collaboration and critical thinking. These schools showcase innovative uses of technology in learning, teaching, and the school environment and have documented results of academic accomplishment. (Beehive faculty and students use iPads and other Apple technology to enhance the learning process and to simplify administrative functions. Every Beehive student is loaned an iPad for the school year.)

In March 2019, Beehive earned the College Board’s AP Computer Science Female Diversity Award for attaining female student representation in AP Computer Science Principles for 2018. Among the more than 18,000 secondary schools worldwide that offer AP courses, Beehive was one of only 685 that achieved this recognition.

US News Best School in Utah 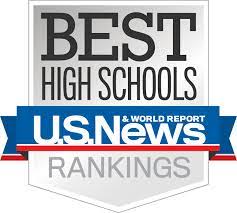 Best Schools in Utah by Niche

Also in August 2019, Beehive was ranked by Niche as the third Best Public High School in Utah for 2020.  Niche is a website that provides information on schools, companies and neighborhoods.

Charter School of the Year-2016

In August 2019, Beehive and Principal Hanifi Oguz were recognized by Utah Business magazine with a first-ever Living Color Gala award. According to the magazine, the awards recognize “those who have made it their mission to attract and foster diversity initiatives here in the state of Utah.”

One example of our accomplishments in promoting STEM can be seen in our continuing success in robotics competitions. In fact, a team of Beehive students went to Houston for the FIRST (an acronym for For Inspiration and Recognition of Science and Technology) LEGO League Competition in April 2017. The competition required that students build and program LEGO robots designed to complete specific tasks. Beehive Robotics was one of two teams from Utah to go to Houston for this international event (47 Utah teams competed in an attempt to go to Houston). Beehive Robotics captured a third-place award in the robot game category.

Beehive’s student success can also be seen in the fact that many of our individual students have thrived. In 2016/2017, three of our students have been among Utah’s Sterling Scholar finalists. In 2018/2019, one student has been named a finalist. The Sterling Scholar program is sponsored by KSL and the Deseret News. According to the Sterling Scholar website, “A Sterling Scholar is a high school senior who is publicly recognized and awarded for the pursuit of excellence in scholarship, leadership and citizenship in the State of Utah.

In addition, during the past three years, Beehive students have earned four gold, five silver and five bronze medals and approximately 150 gold, silver and bronze certificates and medals for Congressional Awards. According to the website about the award, “The Congressional Award is the United States Congress’ award for young Americans. It is non-partisan, voluntary, and non-competitive. The program is open to all 14- to 23-year-olds. Each level involves setting goals in four program areas: Volunteer Public Service, Personal Development, Physical Fitness, and Expedition/Exploration.

Sanjana Kargi stands among our most recent list of high-achieving females. In April 2019 as a junior, she earned the highest possible ACT composite score of 36. Only around two-tenths of 1 percent of students who take the ACT earn a top score. In the U.S. high school graduating class of 2018, only 3,741 out of more than 1.9 million graduates who took the ACT earned a top composite score of 36.

In October 2019, two female students from Beehive captured top prizes in the national Broadcom MASTERS competition for their STEM projects. Beehive eighth grade students Sidor Clare and Kassie Holt created building materials that could one day be made on Mars. This means that astronauts would not be required to bring building materials with them to build on the red planet. Clare received one of the competition’s top prizes, the $10,000 Marconi/Samueli Award for Innovation. Clare said their brick was so strong that the students had to use a concrete crusher to test it. Holt received a first place Technology Award for $3,500 and an iPad. The two Beehive students were selected from 2,348 applicants from 47 states.

Beehive student Boden is selected to the Hope Squad’s national counsel where several thousands of the schools offer peer support to their students.

"BSTA educators strive for perfection in every interaction with students and parents, being dedicated to using the latest methods to teach and engage students. STEM EXPO, responsive staff, robotic's program, and community involvement are some of the reasons we joined the school. Many schools work hard to prevent bullying and create a nurturing environment, but BSTA has actually done it! Thank you, BSTA, for giving me peace of mind."
Parissa A.
"We attended an open house for Beehive Academy and it was the best decision we ever made! Right away we were impressed with their teaching philosophy and the staff. We love the personal feel. Small class size, dedicated teachers (who even give free tutoring), and great communication from the administration and teachers. They are also phenomenal at helping to prepare students for college. Our kids have really thrived in this environment. We couldn't be happier with our experience!"
Mike and Jenny T.
"My son is in his 3rd year at Beehive and had a lot of anxiety when he first started in 6th grade and struggled to get his grades up. He received a lot of support from teachers that first year that helped him gain confidence and he now excels at school. I can email a teacher and get a response back within a day. My son loves school and is excited by what he is learning. I love CoolSis and the fact I can keep tabs on what he is doing. I am also very impressed by the staff. It's clear that each of them loves the school and cares deeply about the students The culture at Beehive is positive and inclusive. I am so excited for my other children to go to Beehive Academy!"
Megan J.
"We absolutely love Beehive. Small class size, dedicated and engaging teachers and phenomenal office staff, keep us coming back each year. The emphasis on STEM provides opportunities unlike any other environment. The school's Parent Communication and Volunteer Coordinator is first class and holds the school together like super glue. Thanks BSTA!"
Wendy O.
With its focus on science and technology, Beehive has helped to prepare my son for a brighter future. The teachers are amazing and they have small class sizes. My younger children are in private school but will transfer to Beehive. I can't imagine them receiving a better education somewhere else.
Juan R.
Previous
Next 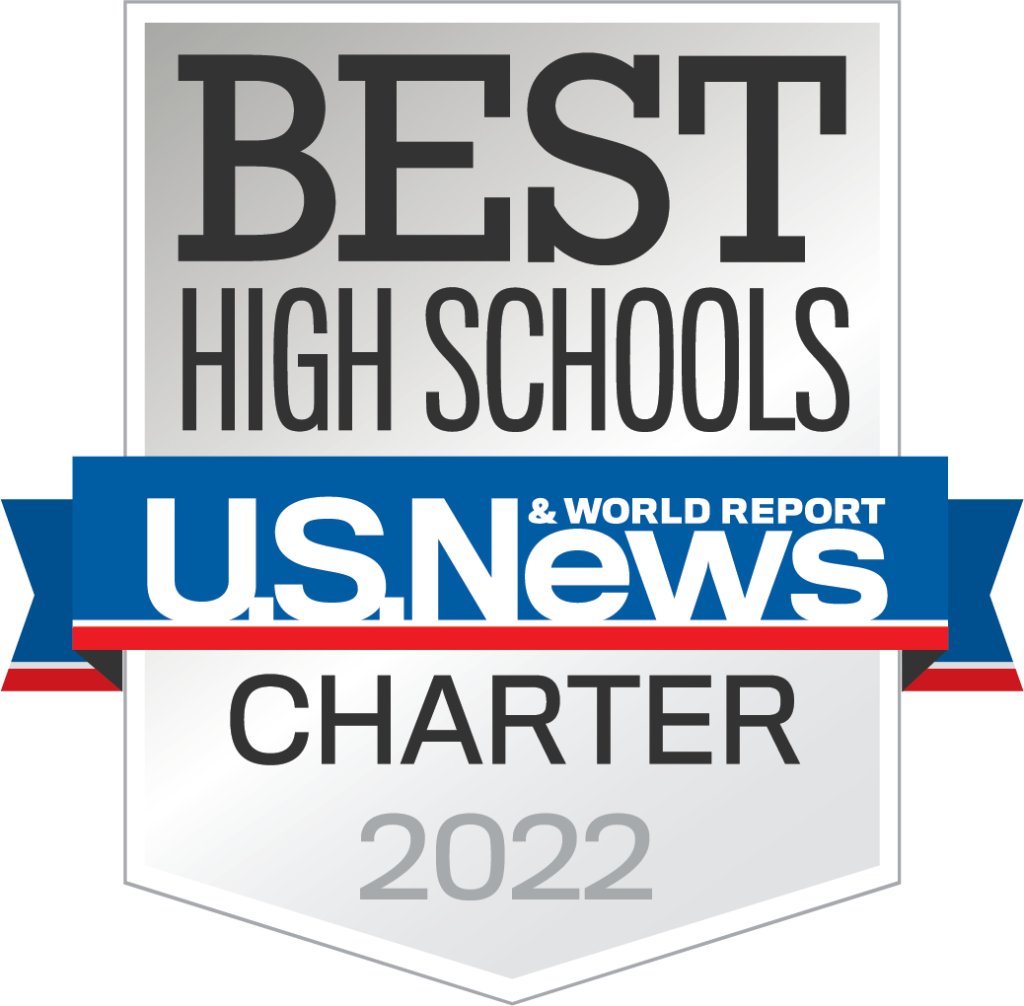